The Fruits of COE's Labors

Harvesting the yields of laser-cutting technology

By the late 1990s, COE had surpassed their long-established harvest equipment competitor and continued to grow.

COE’s harvesting equipment is state of the art and requires innovative technology in their manufacturing processes to match their company’s quality. This obligation lead to an upgrade in new laser-cutting technology.

Previously, COE had purchased a Mazak OPTIPLEX 3015 4kW CO2 laser in 2013 and had a plasma table that was over 10 years old. In 2018, COE decided they needed a laser that was, “bigger, badder and faster,” according to Erik Saevke, COE’s former Materials Manager. The plasma and the CO2 laser were having a hard time keeping with production demands. COE was also farming out anything that was over 10 feet long said Saevke while, “the lead time was about two weeks”. 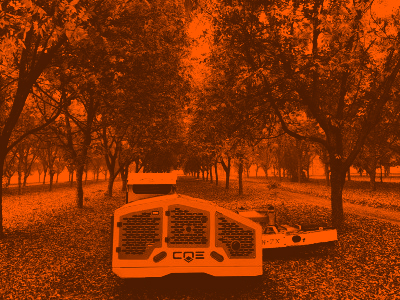 Even though the plasma was older, it was still functioning. “The plasma was still ok but it was starting to go downhill,” said Saevke. In order for COE to replace the plasma, the 4020 table size was a major factor during their laser machine search.

Another key criterion was the need to laser cut 1-inch plate. Mazak has created new piercing technology that speeds up the process, especially for thick plate, with auto focus and spot size adjustability combined with advanced controller features this reduces the cycle time.

Since implementing the laser, life at COE couldn’t be more fruitful. “The feedrate is amazing,” said Saevke. “Our best day on the CO2 3015 was 38 sheets of 10 gauge. Once we had the OPTIPLEX 4020 FIBER 8kW, the operator came up to me at 9 am, only having been working three hours, and told me he was already on sheet 40.”

With the larger 4020 table size, COE is also able to cut up to 13 feet. “Originally if we had parts over 10 feet, we would make parts in two pieces, now we make them in one. This has eliminated the additional welding process,” explained Saevke.

Even though the plasma table was still operational, the new Mazak fiber laser has eliminated the plasma and its secondary cleaning processes. “We used to have a full time cleaner. The laser has eliminated that from the workflow process,” stated Saevke. One aspect that was not possible with plasma was tapping cut holes. But this is now possible with the laser. “We can tap a laser cut hole instead of taking it to our machine shop. We couldn’t do that on the plasma.”

COE has also gained cost savings with their investment in high power laser-technology. Chris Alexander, Manufacturing Director at COE Orchard Equipment, says, “I can cut this week and load onto the machine the next. I don’t have to run material three months ahead.” By not having to hold material in inventory for three months, COE is able to minimize carrying costs. “I don’t have to have steel inventory sitting there because I didn’t have time to cut it,” says Alexander.

With the incredible feedrates, etching has been implemented for weldments, bend lines, bend instructions, and location for the machine shop. Saevke also added, “We are looking at implementing part numbers.” With part numbers and instructions being on the cut parts, this eliminates the need to have a print of the parts.

With feedrates through the roof, Saevke said this has increased COE’s productivity, “by at least 70 percent. We used to run sheets all day and then we would run plate during lights out. Now we are running sheets all day on the 8kW fiber laser while also running plate all day on the 3015 CO2 laser.”

The OPTIPLEX FIBER III 8kW surpassed productivity expectations for COE. “When I installed the fiber laser, I was told how fast it would cut, but honestly, I didn’t believe it until I started running jobs myself and they were right on,” said Alexander.

Article published in the September issue of the FF Journal.