Bigger is Better for Central Tube and Bar

Central Tube and Bar has been in operation for 20 years, they got their first tube laser 10 years ago. Central Tube and Bar, Inc. is a leading supplier and processor of high quality, prime tube and bar products including round, rectangular and square tube. They serve primarily large OEMs in a variety of industries, along with fabricators and service centers in eight South Central states. They have three locations one in Conway, AR, one in Tulsa, OK, and the third one in Waco, TX. They also do added value processes such as bending, sawing and fabrication. 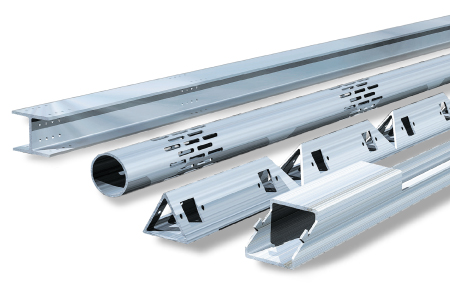 Overall, implementing the new machine was rather easy. The upgrades to the interface and the new CADCAM software made for a small learning curve. But this transition was also smooth with their dedicated and experience operators and software engineers. Benefits that Central Tube and Bar has experiences are, of course, the ability to handle much larger capacity and sizes. But this machine also has incredible performance with increased process efficiencies. Eric Chambers explained that they were previously quoting and running parts that would be at 5 minutes per piece, the new FABRI GEAR 400 is running parts from 3 – 4 minutes which has increased their throughput.

Full article written by Gretchen Salois and published in the April issue of Modern Metals Magazine. 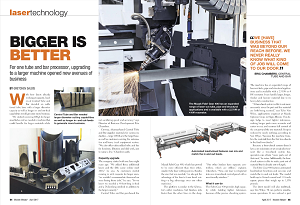