Mazak Optonics wants to wish you a prosperous and productive 2019, Happy New Year! With laser focus on 2019, this year isn’t like the previous ones. This year is a historic year in our company’s history. 2019 is the 100th anniversary of our parent company Yamazaki Mazak. 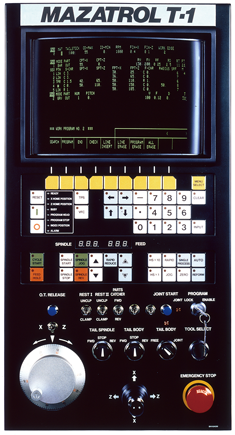 Starting in 1919 as a straw mat machine manufacturer, Sadakichi Yamazaki founded Yamazaki Machinery. But it wasn’t until 1928 that Mazak developed the first commercial machine tool. Landing in Long Island, New York in 1968 Mazak Corporation made its mark in North America. Changing the world of manufacturing forever, Mazak developed the world’s first conversational CNC system, the MAZATROL T-1 in 1981.

With sparks flying of machine tool success, Mazak started engineering laser technology in 1983 with the first integrated resonator-based laser-cutting machine design. The following year, Mazak was the first laser manufacturer to implement factory automation. Mazak lasers were brought to the United States in 1987 through a jointly owned Nissho Iwai, introducing the first machine designed for laser production from the ground up.

Today, Mazak Optonics is currently located in the World’s Largest Laser-Dedicated Technology Center in Elgin, Illinois. Mazak Optonics continues to be an innovator of laser-cutting technology through the introduction of Direct Diode Laser (DDL) technology, increasing the power ranges of laser machines and continuing to offer compact, flexible and expandable automation systems.

Throughout 2019 and beyond, you will continue to Discover More with Mazak Optonics and our tradition of innovation. Thank you to all of our customers who have been a part of these 100 years, we know that Together-Success.

For a full timeline of Yamazaki Mazak's 100 years of history: