At times customers may need onsite assistance with their laser machine. When needed, Mazak has skilled engineers who are ready to assist. From servicing laser machines to providing preventative maintenance, Mazak's Field Service Engineers ensure that customers' laser-cutting machines are running at optimal performance. One of Mazak's many Field Service Engineers who gets Mazak lasers running at tip-top shape is Derek Lynch.

Derek’s hands-on skills and positive mindset are essential to Mazak’s Service Support team. John Pietz, Field Service Supervisor says, “Derek has been a great asset to our Service Support for almost two years. I’m looking forward to having many great years with Derek on our team."

Learn more about Derek through this quick Q&A session.

What is your background involving laser machines and the fabrication industry?

“I was actually first exposed to the fabrication industry when I was in high school. For three years I took a metals workshop class. We learned a lot about working with metal and different machine tools such as lathes, mills, etc.”

“When it came time to search for a career, I decided to go to Indian Hills Community College where I earned a degree in Laser Electro-Optics Technology. I was also in the same classes as three other current Mazak employees, Colten Gray, John Rich, and Franck Bakam. We all started working at Mazak around the same time after we finished our degrees.”

“I chose this career path because I wanted to get my education in a field that wasn’t oversaturated. You don’t hear a lot of people saying they have a degree in laser technology, and I thought that was something different and interesting. I wanted to learn something that gave me useful skills and that would allow me to move out of Iowa, and this career path gave me the opportunity to do that.”

What is your current role at Mazak?

“I’m a Field Service Engineer at Mazak Optonics. My job is to get Mazak laser machines up and running. If a machine is having complications or not operating correctly, it’s my responsibility to get the laser back into production as quickly and efficiently as possible. I also perform preventative maintenance service for our customers to make sure their laser is currently running smoothly and is prepared to continue to do so.”

“One of my favorite aspects of the job is how hands-on it is. I enjoy being able to find, dissect, and solve difficulties customers are having with their laser. Another enjoyable part of this role is the travel involved. I have a lot of fun stories from traveling and met a lot of cool people along the way. The random encounters you have at airports are especially fun, one time I ran into David Spade at baggage claims. He’s one of my favorite comedians and actors so I got a little starstruck, when I saw him. I introduced myself and we chatted for a minute which was awesome. I didn’t ask for his autograph though since I knew he probably got asked that a lot, but I wish I did.”

What is your definition of great customer service?

“Great customer service is going in with a good attitude and doing your work as efficiently and quickly as possible. Before you leave the building, it’s important to make sure the customer is satisfied and feel they can put their trust in Mazak engineers to help them when a problem occurs. Seeing how relieved a customer is after I service their laser machine is a great feeling.”

What are your hobbies and interest?

“I love sports. Chicago’s sport scene was one of the main reasons I wanted to move here from Iowa. The Cubs, Bulls, Bears, and 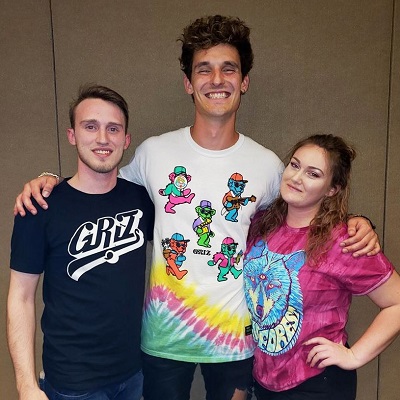 Blackhawks, I love seeing them all. I typically go to baseball and football games the most, but especially baseball. There are a lot of games in the MLB season so it’s pretty easy to make it out to a few games. Being able to enjoy an afternoon at Wrigley Field and watch the Cubs is my favorite. Since I’m from Iowa, I’m also a University of Iowa Hawkeyes fan and try to make it to one of their games each year as well.”

“Another thing I like to do is go to concerts. Chicago is also a hub for this, which is great. I was supposed to go to three music festivals this summer, but unfortunately, they have been canceled due to the pandemic. Honestly, I listen to any kind of music, I don’t necessarily have a favorite genre. On Fridays, Spotify releases new music and I love to listen to that when I’m traveling back home.”

“Other than that, I typically watch movies and play video games when I’m home. However, I will have a new “hobby” starting this fall, being a father. I’m expecting a son in September.”

If someone made a movie of your life would it be a drama, a comedy, a romantic-comedy, action film, or science fiction?

“A movie about my life would be a dramatic comedy. Wes Anderson would be the director and James McAvoy or Shia LeBeouf would have to play me. There would be a lot of twists and turns, some deep belly laughing, and an ending that will have the critics raving.”

Meet More of the Team